The original, unaltered theatrical cuts of the Star Wars trilogy have yet to see an HD home release. If it were to happen, though, it would be of such significance for fans and film geeks that its presentation would deserve more than the hastily made “floating heads” covers one typically sees; it would need to signal to those consumers that it was done right. 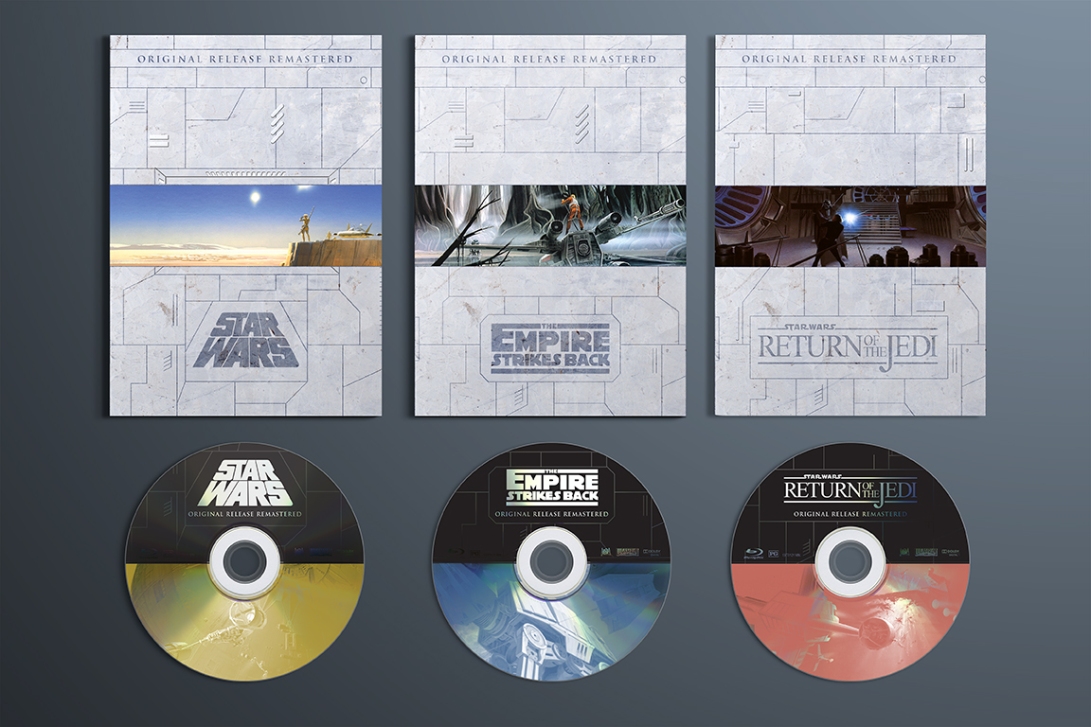 I wanted a box set design that both had gravitas and reflected a deeper investment into the world of the films. The old Star Wars universe had a very tactile, lived-in feel that I wanted to reflect here. This led to the choice to make it look as if they were put together from in-universe materials. The covers are adorned with the grungy steel paneling of ships and gun turrets.

This release is also meant to be a nod to the artistry behind the films’ original productions. Nothing is more emblematic of this than the beautiful concept paintings by Ralph McQuarrie, who probably deserves more credit than anyone else for designing the amazing visuals of this universe. His wide vistas wee perfect for these covers.